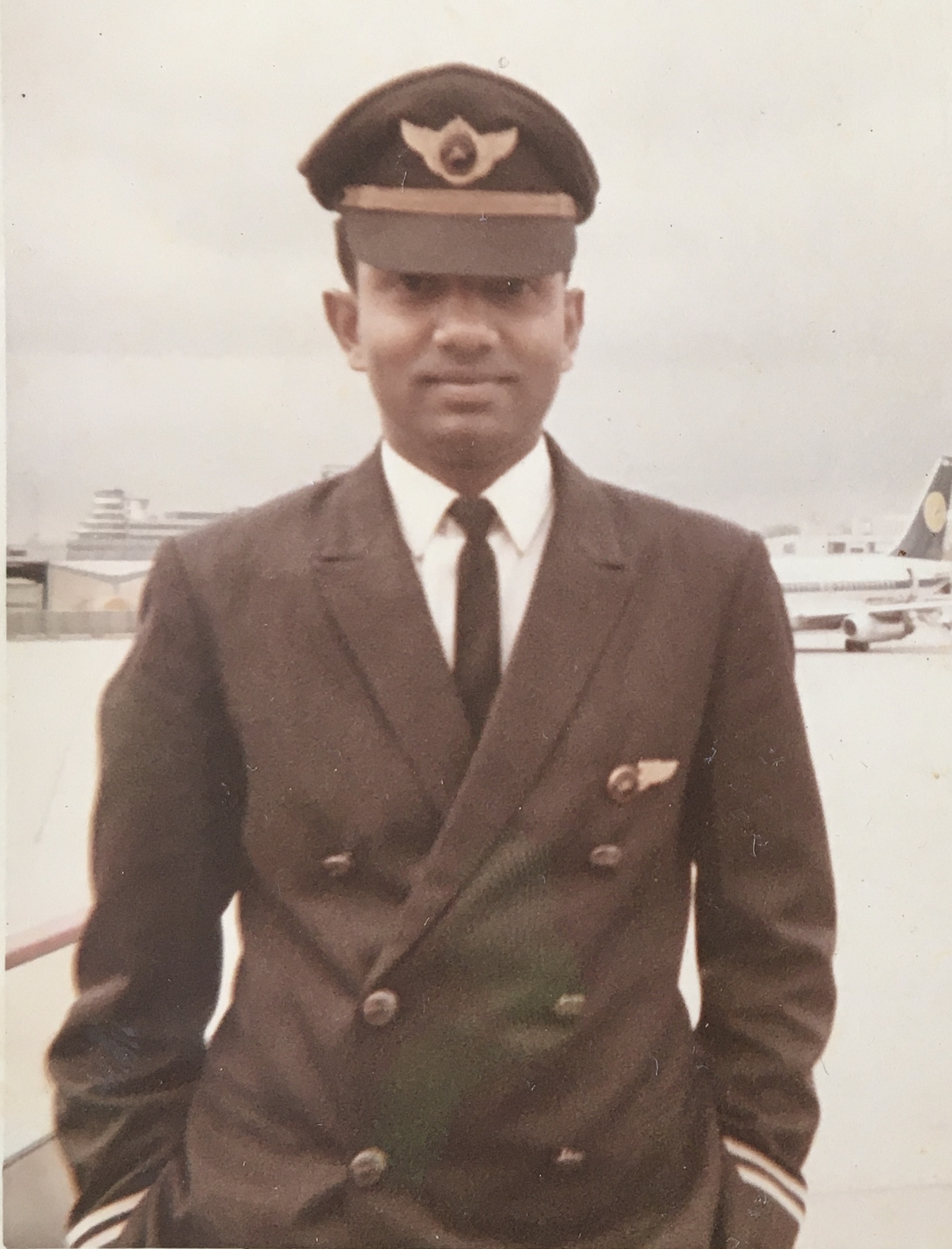 Peter Purushotham was born in a small town just outside of Mysore, India with his sisters; Hema (aka Jigka), Prema, and their youngest brother; Paul. They lived a very modest and simple life as their parents passed away while the children were still young, and they were all sent away to be cared for. He had always been instilled with a very strong work ethic, and so; went on to complete his Degree at the University of Mysore in Business with a Minor in Accounting. Following his passion for flying, he joined Air India in his twenties and spent the next two decades galavanting Europe, Asia, and the Middle East regularly - with many exciting and adventurous stories to tell of! He met a beautiful young lady while stationed in Mumbai and made a firm decision that he would do everything that he could to win this fair maiden over. After all; he was a dashing well-travelled young man who would continue to court her and bring her precious gifts from the far corners of the earth. These luxuries paled in comparison of his growing love for her and he eventually asked for Glenys' hand in marriage. They exchanged their vows in April of 1970 and were married in St. Mary & Martin Catholic Church in Hounslow, England. After a lavish honeymoon in the Mauritius Islands, Peter was stationed in the United Kingdom (both London and Middlesex) where they became pregnant with their first child; Peter Jr. Amidst stays in Australia (Sydney and Perth) and after a station in Hong Kong, Glenys and Peter brought their second son ; Michael (Joseph) into the world. It was at this conjuncture that they made a conscious decision to settle down in the British Commonwealth of Canada in March of the year 1976 and moved across the globe to the growing city of Toronto - which had much to offer in terms of work opportunities. Peter took a position as an Operator with the Toronto Transit Commission and would spend the next 29 years of his life as a loyal employee with an exemplary record; until his retirement in 2005. Fourteen years after their first born, Sean Francis - their third and final child - would be welcomed in 1984. There are many stories to tell about our father, and likely; many more that I'm sure you can render yourselves. For those of you who knew him well enough and who have taken measures to bid him farewell; we thank you sincerely.